So I have really started to lose interest in the Dutch house movement as most of it started to sound the same, it became stale and boring (in my opinion). That entire portion of dance music started out with so much diversity, lots of great bootlegs and inspired so much influence into pop music. The big hits we got from Flo-Rida, Pitbull, Jennifer Lopez, Rihanna etc.. most of that was grounded in Dutch house. Afrojack, Sidney Samson & Chuckie were the big movers and shakers with the iconic Dutch house sound. So I am a little taken back by a unique take on Dutch house with a DJ/producer from Amsterdam named Lady Bee. Here are 2 tracks she is giving us one called "Sweet Like Chocolate" which is a huge nod to the sound that made Afrojack so big, lots of hard drums and catchy reverb synth riffs. The second track "Murda Dem" slows down Dutch house and gives us some Moombahton, which really is just slowed down Dutch house LOL (oh well). I am more of a fan of the first track, as the second doesnt offer up much in the world of innovative Moombahton. Both tracks are solid and I have a feeling if she keeps upping her game we might just hear a lot more from her in 2013. 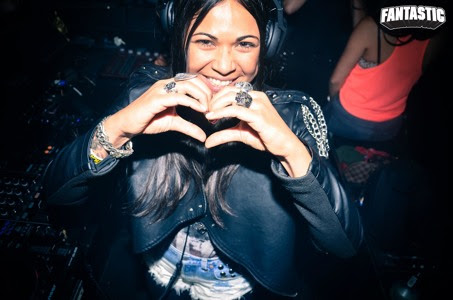